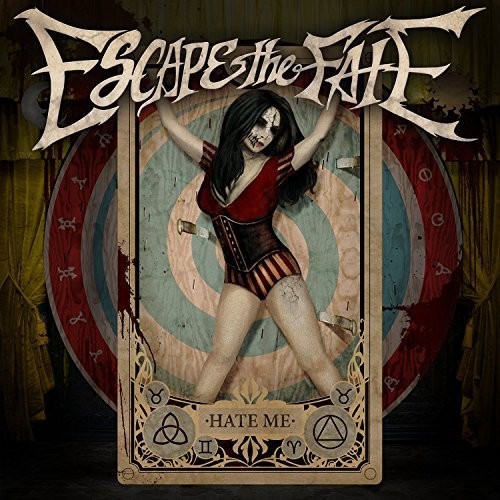 2015 release, the fifth studio album by American post-hardcore band Escape The Fate. The album was produced by Howard Benson. Hate Me features a new lineup; with Kevin "Thrasher" Gruft on lead guitar and TJ Bell on rhythm guitar. It is the first album without Michael and Monte Money. After the return of bassist Max Green in 2013 and his second departure in 2014 the band went through a string of touring bassist and left the band in a state of uncertainty. The band also lost guitarists Monte and Michael Money in late 2013. The band entered the studio on May 10, 2015 to start recording the album.